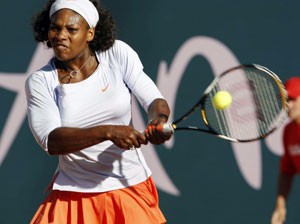 Seen its success last year, the Andalusian Tourist Board has decided to re-advertise in this issue of Fitur the major sporting events as part of tourism promotion. Golf, tennis, sailing, motorcycling, cycling, triathlon and horse races will be the protagonists of the major international events taking place in the region.

Thus, Andalusia will be the scene of some major international sporting events, through the efforts of the Ministry of Tourism, Trade and Sports, combining sport and tourism. Hence, tourists will be attracted to the community while promoting the sport the same time.

One of the top events will be the Andalucía Golf Open to be held from March 26th to 29th in Malaga. This will be the first test of the calendar of the PGA European Tour staged on the continent and which will distribute one million Euros in prizes. This sport will play a special role among the top level competitions which the region will host this year.

The next October will be held the first edition of the Valderrama Masters, an appointment which will conclude the PGA calendar, which means that Andalusia is both the starting point and the closure of the European Tour.

Further information is available at this article about sports in Malaga.

Paradises along the Costa del Sol