The Council for Tourism takes full account of the German tour operators, airlines and market intermediaries during the Tourism Forum.

As the Slogan says “Andalucía te quiere” (Andalusia loves you). And if you are one of the 1.1 million German tourists who visit the region each year, it loves you even more.

Council for Tourism of the Junta de Andalucía renewed the compromise with one of the strongest sectors in tourism which provides a regular expenditure higher than the average, with a longer stay and one of the best retention rates.

The companies agreed that “the German tourism demand is consistent with what offers Andalusia” and highlighted two perceptions: Tourists want surroundings which are based on the respect for the natural environment and also demand more suited prices than Andalusia has been offering during the last years. 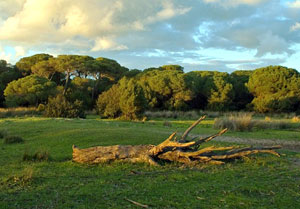 Many northern countries are already entering fully into the “green economy”, for instance: It makes sense that a German might be interested in how much CO2 emissions is generating his stay in a certain destination. The German tourist requires an environmentally friendly offer and is not willing to pay for it with increased taxes.

Although Germany will certify in 2010 a financial improvement, the review of budgets for holidays is downward.

Tourists are willing to pay less for their holidays, and prefer to secure their cost by all-inclusive packages.

In this context and with the extraordinary price competition in the Mediterranean, Andalusia is an expensive destination, as advocated by the representatives of the three major tour operators (TUI, Thomas Cook and Rewe).

Improvement options are also including new segments such as Golf and culture, though without losing sight of the fact that the tourists come mainly for the sun and the beaches.

Media Markt, Fnac among Potentials to Show Face in Malaga