6.000 square metres of bars, cafes and restaurants and 2.800 square metres of shops: Malaga Airport will become, after its enlargement, a shopping center of first order, with an irresistible attraction for any brand that boasts: over ten million visitors a year can become twenty. The lucky ones have already been selected.

unprecedented in Spain, as Caviar House & Prunier, a restaurant focused on more sybaritic tastes, or Whopper Bar, an innovative concept of burger that Burger King recently launched and of which there are only two stores in the world today: one in Florida and one in Munich. The American coffee chain Starbucks has also chosen the airport grounds to make her debut in the province.

In the commercial arena highlights the incorporation of a National Geographic store, which will be the first one in the world of this brand located at an airport. Moreover, the new terminal in Malaga will feature Ferrari after repeating its success in Barcelona. Adidas, Adolfo Dominguez, Cottet and Swarovski, among other firms, will be their neighbors. 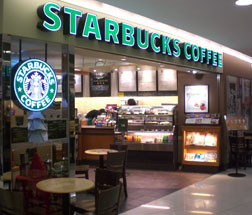 Cheap flights to the Caribbean to spring from new Malaga airline