At first he wanted to be a footballer, but he broke his left leg when he was 14.

Some years later he went to Madrid to make a career in the Spanish film industry, where he started to work as an actor in small theaters.

He has a very large filmography; here’s just a few highlights: 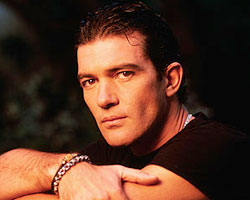 The magic of the Arabian market Ben-Al-Mádena

Mercedes and Toyota chose Marbella as setting for their exhibitions